Archimandrite Sergius, Abbot of St. Tikhon's Monastery, visited Holy Apostles for the weekend of January 26th. On Friday, January 25th, he gave a talk at Cornell University, entitled "Monasticism in the Age of Busyness," giving an introduction to Orthodox Christian spirituality in a modern context. Many Orthodox students and young adults traveled to Ithaca for the event, and were hosted by the Cornell OCF for a weekend-long retreat, and several people from the Cornell community attended as well.

On Saturday, January 26th, Fr. Sergius gave a talk at Holy Apostles, entitled "Acquiring the Mind of Christ." He brought with him the miraculous Icon of St. Anna from the Monastery, and spoke about the reality of the presence of God in our lives, made manifest in the Sacraments, in the Saints, and in Holy Icons and Relics.

On Sunday, January 27th, Fr. Sergius concelebrated with Fr. Joel at Divine Liturgy, and gave a sermon in which he reiterated themes from his earlier talks and connected them to St. John Chrysostom, who was commemorated that day, and to the Sunday Gospel reading on the Parable of the Talents. 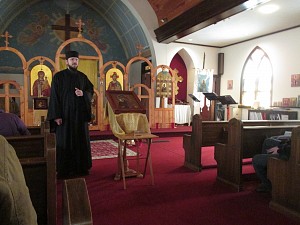 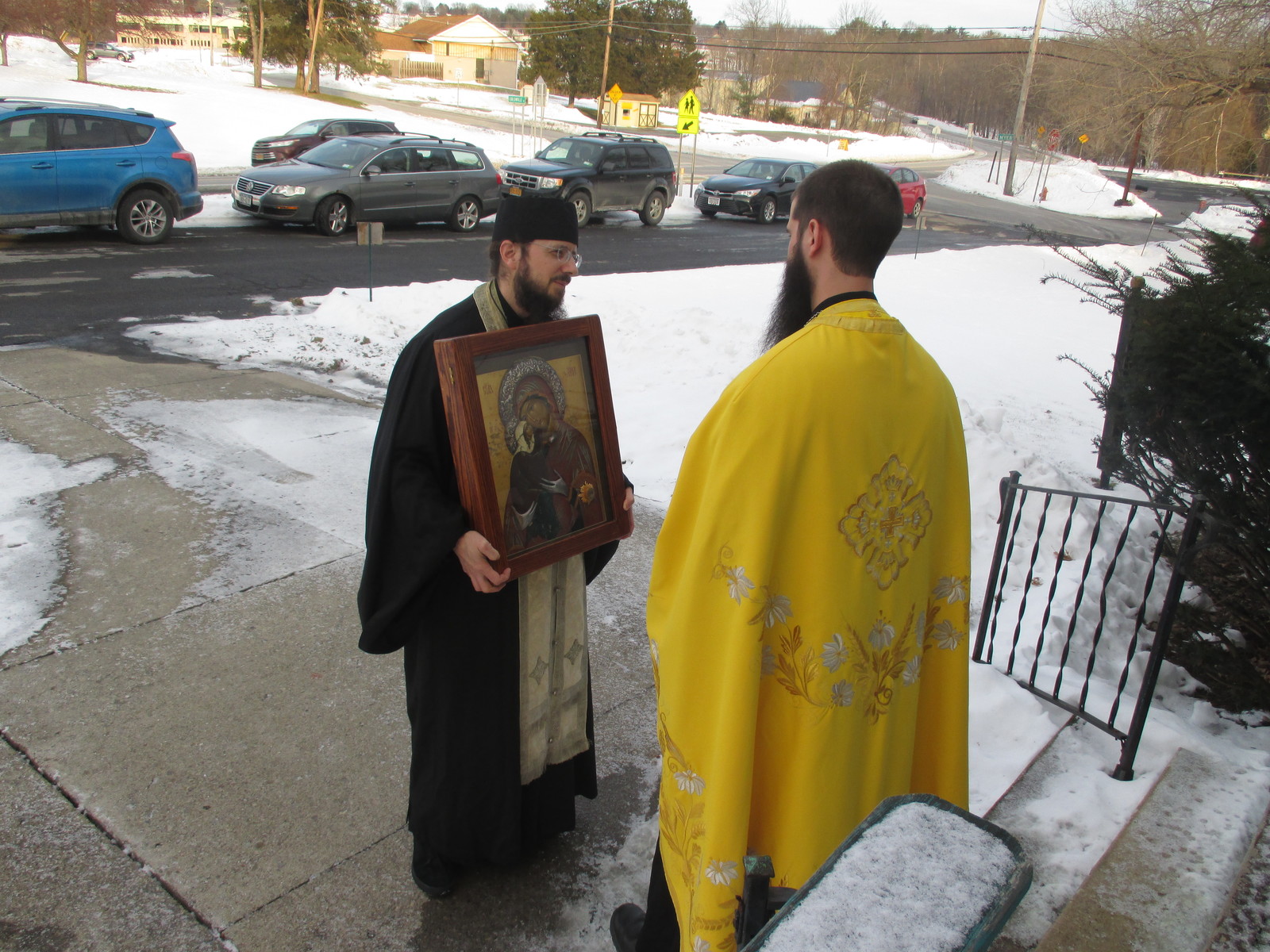 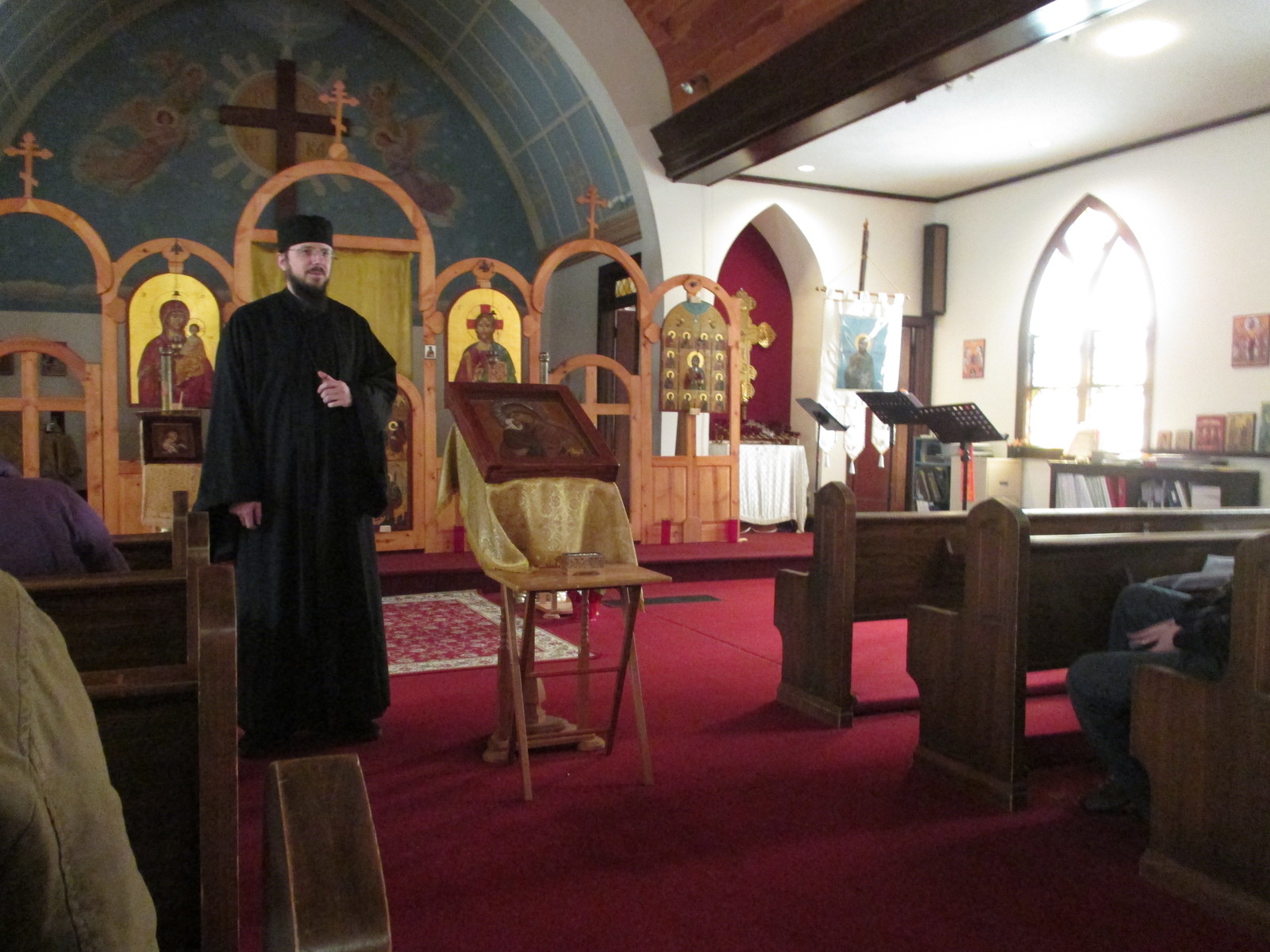